By Scott A. Dennison

How to get elected…Small business advice

Ever heard that one before?

It’s election season here in the US of A and oh what fun it’s been to watch.

Kind of like those who gawk at car crashes to see if there’s any blood, millions of Americans are listening to and watching this crew of candidates campaign to become the next President.

I’m not going all political on you today, and I’m not going to comment on individuals in the race either – except to say if you support the one who’s initials are HRC, I’ve got a very expensive pig in a poke for sale, and I’d like to make you an offer to own it.

My intent is to draw comparisons between this process of getting oneself elected to something and how you can do pretty much the same things with the result being a richer and more robust business.

Let’s start with this. Elections are won by the person who the voters feel they know, like and trust the most.

Consider the last time we elected someone and Mitt Romney won hands down. But for the wrong measure. He was deemed to be the candidate that didn’t like average folks.

The voters (perhaps rightfully) thought “if he doesn’t like me – why should I vote for him?”

President Obama, on the other hand, was the guy “most likely to sit down and have a beer with me.”

The people liked Obama better than Romney. And you know who won. 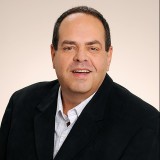 Scott A. Dennison is the founder of Five Talents Ventures, LLC, and a sought after Author, speaker and Internet marketing consultant. Get more content, strategies and tips from Scott at Twitter and LinkedIn.